Have you ever wondered what a difference a word, or even a single letter, makes in a phrase, a sentence, or even an acronym? In the case of “LEP”, a very widely used acronym in the professional world of translation and interpretation, one might say that it does make a world of difference. Pun most certainly intended!

Over time, and much like in any other truly professionalized and specialized field, professional interpreters have developed their technical jargon to efficiently capture and convey certain concepts and ideas that are germane to their practice, and unique to this ultra-specialized field. If you ever stand around a group of professional interpreters at the county courthouse or the local hospital “talking shop” during one of their short breaks, or whenever they gather socially, you might hear a great deal of very technical terms and acronyms being carelessly thrown about. Terms and acronyms such as “accreditation”, “ATA”, “community interpreting”, “CCHI”, “language pair”, “target language” or, even, one of the most widely used of all: “LEP”.

“LEP” stands for “Limited English Proficiency” and it is an acronym used to describe those individuals that are not fluent in the English language. In layman’s terms, it usually refers to the person who requires interpretation. In other words, if you ever see an interpreter making good use of his language skills, in a professional setting, most likely the LEP is the person who does not speak English and whose words are being interpreted into English.

So, you may rightly wonder that if “LEP” seems like a fancy acronym for a non-English speaker, or a non-fluent speaker of the language, why don’t interpreters just call it that? “My goodness,” you might even wonder out loud to yourself “these people just love to make up fancy words, don’t they?” In that case why not simply refer to people that have these characteristics as NES individuals? “NES”, in this case, would stand for “Non-English Speaker”. After all, if there is a perfectly good English term for someone who does not speak the language no need to go making things up or re-inventing the wheel, right? Unfortunately, and as usual, it’s not as simple as that. And the devil is in the details because the concept of language proficiency, and everything that it entails, is actually highly relevant to this term.

There is a perfectly good reason why professional interpreters, and everyone that works in the field of interpreting and translation, make it a point to use the very precise term LEP to refer individuals who are not fluent in English, and purposefully avoid using any other term or acronym to describe them. Part of it has to do with the force of habit and efficiency. After all, everyone in the interpreting world uses this term and has “always” done so (at least since the 1950’s when it first arose). It is also simply a lot more efficient to say “How many LEPs does the interpreting conference have?” than to say “How many non-English speakers or those who don’t speak English well, for whatever reason, and that may require professional interpreting services does the conference have?” The acronym “LEP” has indeed solidified as an integral part of the specialized argot or jargon that all professional interpreters share.

It is also, partially to do with the fact that the term “Limited English Proficiency” is also a legal term with precise legal connotations. The use of this term in the professional interpreting world can have impactful legal consequences on many individual lives depending on how and when it is used. This is because nearly all government agencies and organizations that receive federal funds are legally required to provide LEP individuals meaningful access to their services. And what exactly, is meant by “meaningful access”? Especially concerning LEPs and access to justice and education? Well, that is food for thought, and perhaps another blog. But for now, I would like to concentrate on the last part of the reason why professional obstinately interpreters stick to this term and why it has had such a strong resistance to change.

And all this has to do with language precision and attention to detail. Like I said before, the devil is in the details. For example, one might wonder why professional interpreters simply don’t call these individuals NES people? The lack of English fluency is a range. An overly broad spectrum where not all people who lack English skills require the use of professional interpreting services or even have a legal right to access this benefit. In other words, it all depends on the degree and qualitative character of the English skills one possesses. And here is where one single letter makes all the difference in the world. Funny how one little letter, the letter “P” in this case, can make such a profound difference.

The reason why individuals which had these characteristics were first officially described as LEP people in the United States, is that this term historically arose from a famous US Supreme Court case called Lau vs. Nichols ELL (English Language Learner) that had to do with access to education by foreigners, especially those with limited English language skills. In this landmark case, the Supreme Court unanimously decided that the lack of supplemental language instruction in public schools for students with “Limited English Proficiency” violated the Civil Rights Act of 1964. Ever since a whole subset of education and justice access regulation evolved that culminated in today’s legal standard that legally compels nearly all government agencies and organizations that receive federal funds to provide LEP individuals meaningful access to their services.

And this is also why we use the word “Proficiency” (the “P” in LEP”) instead of saying the word “Fluency”. You see, it’s not simply a matter of esthetics or sonority. Although you must admit LEP does sound so much better than LEF. There is something rather awkward in calling someone a “Limited English Fluency” individual. It has a lot more to do with the precision of the language and legal considerations. Firstly, not all non-English speakers who speak English with some level of fluency are necessarily also highly proficient in this language. This is especially evident with heritage speakers. On the one hand, some heritage speakers, those LEP individuals raised in a home where a non-English language is spoken but who speaks or understands the heritage language and who is bilingual to some degree in English and the heritage language, don’t have enough English to be classified as English speakers yet they are proficient enough at English that they do not require the use of an interpreter, even though their English fluency might not be very high. On the other hand, most heritage speakers do not qualify as LEP individuals because of their high degree of English fluency, proficiency, or both.

Just to illustrate this more clearly, imagine your friend Marco who is Latinx and grew up in a household where both of his parents only spoke Spanish at home. Since Pedro grew up with Spanish at home, he would most likely speak Spanish quite fluently but not necessarily with a high degree of proficiency. And what does that mean in practice? That he could probably talk conversational Spanish quiet well. Thus, for example, he could greet people easily or talk about daily life matters such as sports or hobbies very well. But since most of all of his schooling and education was in English, and most of his work experience was also in English, he might have a harder time talking about certain professional topics in Spanish that require more specific professional terms in that language or about things that require more complex linguistic structures. The ones you usually encounter in school or the workplace. Pedro is quite fluent in Spanish but not necessarily very proficient in Spanish. Another scenario would be your friend Rosa who was born in America and grew up in a very similar household as Pedro in the U.S. but with the difference that when she was seventeen she went back to her home country of Ecuador to live with her father who had recently divorced her mother. She then did the last three years of high school in Ecuador as well as her freshman year. She then returns to the United States and finishes college here. In that case, Rosa would probably be more proficient in Spanish and more fluent in English and this might end up determining whether or not she has enough English proficiency (not fluency) to require or legally demand the benefit of interpretation.

As you can see there is a big difference between proficiency and fluency just as there is a big difference between an F and a P. Proficiency has more to do with functionality at a high level and fluency with ease of speech. Now, did the US Supreme Justices that originally decided Lau vs. Nichols ELL (English Language Learner) make the right decision in putting the onus on Proficiency and functionality over fluency? Is an LEP better than a LEF? Well that, again, is food for thought, and maybe another blog 😊 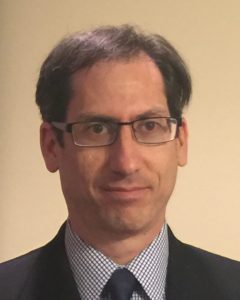